Re-Logic’s popular action-adventure sandbox game, Terraria, received a new hotfix Update 1.4.0.5 on the fourth of June. Apart from a number of optimizations and bug fixes, the update introduces a new adversary in the form of the Torch God!

This is a formidable entity that terrorizes Terraria and is very different from the other foes you have faced in the game until now.

We have come up with a new guide to help you summon the Torch God in Terraria: Journey’s End. 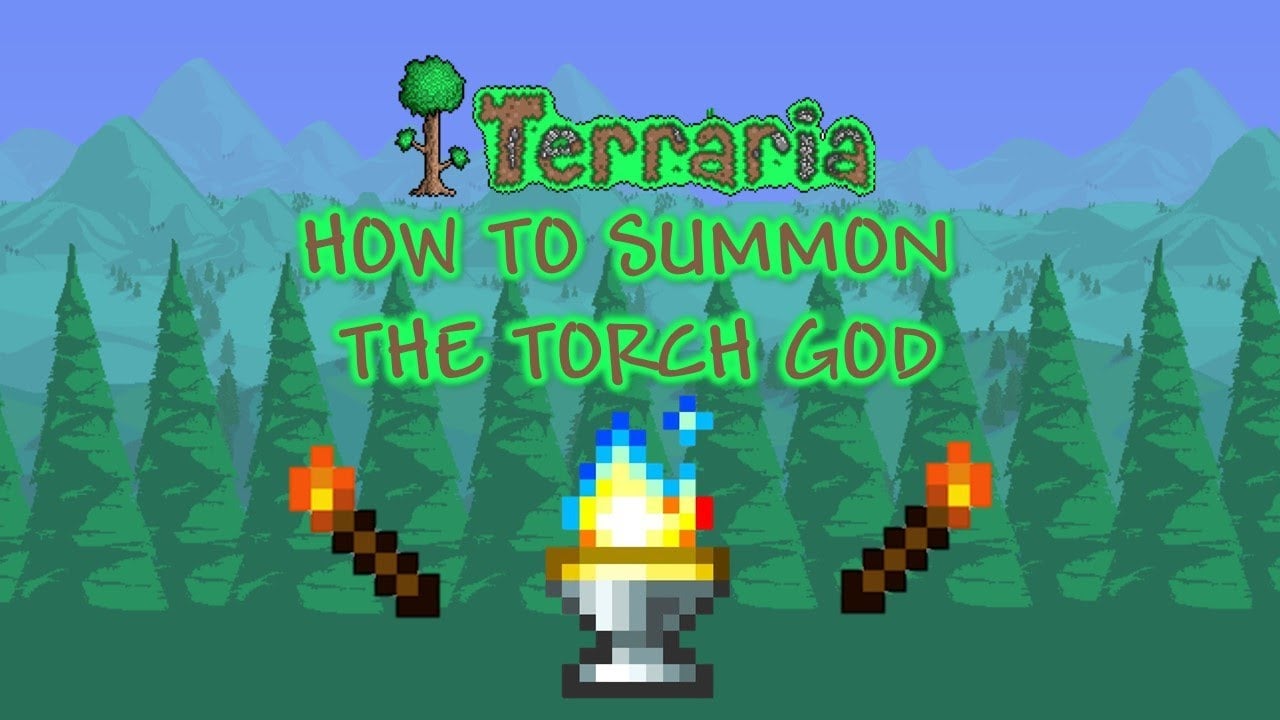 The Torch God will only appear if you meet certain criteria in the game. First of all, you have to be at least 200 blocks below the ground level. There should also be more than 100 torches in your collection.

You need to be well prepared for the upcoming battle. You will require a lot of space to dodge the Torch God’s attacks, so begin your preparations by making a large-sized arena. Now put down your torches on the ground, next to each other until the screen begins to turn darker. This is a common occurrence when there are a hundred torches present onscreen.

The Battle of the Torch God

At this point, the familiar boss music will start playing, and your torches – even the ones off-screen – will start hurling fireballs at you from every direction. To make things a bit more complicated, you will be inflicted with the Blackout debuff that will hinder your vision. Move swiftly around the arena and dodge them to the best of your ability.

The battle against the Torch God involves surviving this attack as your torches gradually start getting extinguished. When the last of them go out, you win. Since there is no actual physical entity to fight here, this is basically a test of your stamina. After this, your torches will light up once again, and you will be rewarded with the Torch God’s Favour item.

The Torch God’s Favour is a consumable object that will permanently bestow upon you a special power. Namely, all your normal torches will turn into their biome versions as soon as you put them down! This will definitely help you save the time it takes to prepare biome torches yourself.

After consuming the Torch God’s Favour, you should notice a new button on the upper left corner of your screen, labeled as “Torch Swap.” You will be able to enable or disable this any time you wish. When you enable it, the torches held by your character will change colors in accordance with the biome you are in. By putting the right torches in their corresponding biome, your positive luck will be boosted, and you will be able to obtain rarer items from drops. Conversely, putting a torch in an inappropriate biome will bring bad luck to you, so do watch out for that.

The Torch God’s Favour saves you the hassle of having to carry a multitude of torches to every biome. Apart from this, you can purchase torches from the Merchant, convert them into Demon Torches in the underworld and sell them at a higher price. This will help you attain a good amount of coin profit in a relatively short time.

That’s it for now. We hope our guide helps you obtain the Torch God’s Favour in Terraria: Journey’s End. If you liked this, we have more guides on the iPhone and iPad, Games, PC Troubleshooting, and Android. Go check them out. We want you to participate in the $150 giveaway by subscribing to our YouTube Channel. If you have any feedback or queries, comment down below with your name and e-mail ID.