In this guide, we have listed out the best wings in Terraria (2020). This is an action-adventure game belonging to the sandbox category and is available for PC and other platforms as well. There’s a procedurally generated 2D world where you have to craft, build, explore, and fight off a wide variety of creatures. Featuring both the single and multiplayer modes, this is one of the most interesting sandbox game and might be a worthy competitor to Minecraft.

The game also boasts of a wide range of wings. These are extremely beneficial in your quest to move forward. As the land is occupied with some dangerous creatures, flying over to the destination does make the journey quite easy. Furthermore, these wings come in different shapes, sizes, designs, and special powers. Every wing has some unique ability within itself. You could either craft these wings yourself or purchase it from NPC, but for the latter, you will have to shell out some bucks. With that said, here are the best wings in Terraria. 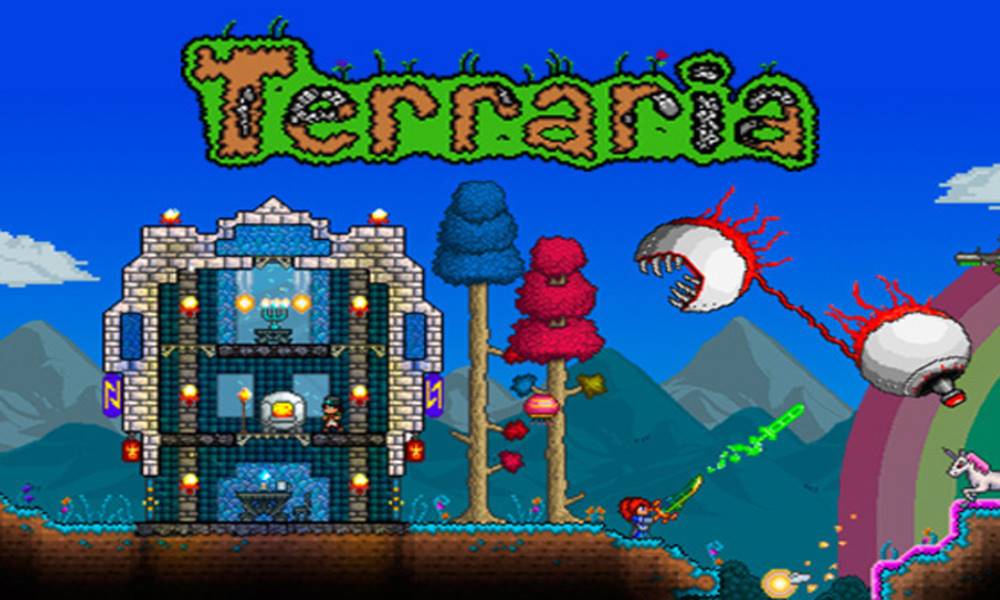 Before we list out all the best wings of Terraria, keep in mind that these wings will only be available in the hard mode after you defeat the Wall of Flesh and the Queen Bee. On that note, let’s now begin with the list. 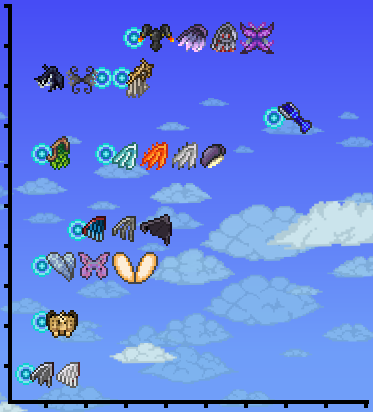 They have a flight distance of 325 feet with an acceleration of 9.00. Both these stats combined and you get the most balanced wing among all the tier 10 wings available. To craft these wings, you will require 10 luminite bars as well as 14 solar fragments. Both these materials wouldn’t be available in the initial stages, but only after a considerable time has passed by. The luminite bars are created from the Ors dropped by the Moon Lord. Likewise, the solar fragments are dropped off by the Solr Pillar.

These wings have the highest flight height among all the available wings and come with an acceleration of 7.50, These wings also provide the hower features, which leads to a 150% increase in the horizontal movement speed. These wings are also made from 10 luminite bars and 14 solar fragments. Similar to the Solar wings, these wings are also available late in the game as the resources to craft them aren’t available initially.

Nebula has a flight height of 236 and comes with a unique motion shadow. Again similar to the above two, you need 10 luminite bars as well as 14 solar fragments to craft it. Since both these materials are available later in the game, so will be the Nebula Mantle.

With a flight height of 286 and an acceleration of 8.00 they allow you to travel at a greater speed across all mediums, including thick ones like homey and lava. These wings drop from the Duke Fishron and only in hard game mode. You could get a hold of these wings by using the truffle worm as bait and fishing in the oceans. However these wings come with a very low drop rate, so if you have missed it the first time, there no need to keep on waiting for it to appear again. Rather go for any of the other best Terraria wings that we have mentioned in this guide.

Well, not exactly a wing but more on the lines of the jetpack, it is one of the more useful additions to the game. You could hover in the air using the down key, and while doing so you get a 300% increase in the horizontal movement speed. Furthermore, with a maximum height of 113 feet and an acceleration of 12.00, it is among the fastest wings in this game. Similar to others, you will be needing 10 luminite bars and 14 vortex fragments to craft it.

These wings only spawn once you have defeated Golem in the Old One’s Army event, The event begins when you purchase an Eternia Crystal and the Crystal stand from Tavernkeep. These are among the fastest wings in the Terraria, next only to Vortex. The acceleration stands at 12.0 with a flight height of 182. These wings are dropped by the enemy of the same name (i.e Betsy). These are dropped around 1/10th of the time, or if you like in percentage terms around 10%.

Next, we have these Steampunk wings that could be purchased from the Steampunker but only in the hard mode. it becomes available only after you defeat the Golem boss. On the other hand, the Steampunker becomes available after defeating mechanical bosses including the likes of Skeletron Prime and The Destroyer. If you don’t wish to craft these wings, you could purchase them for one platinum coin. Talking about its abilities, they have a height of 182 feet and an acceleration of 7.75.

How to Get Ocean Pylons in Terraria: Complete Guide

All these three wings are similar in their power and special abilities. The three share the same height of 135 feet and an acceleration of 6.75. Furthermore, all of them require the same 20 souls for crafting purposes. You could get your hands on these souls once you have defeated the Wall of Flesh. First off, we have the fairy wings, which requires 100 pixie specks of dust and are dropped by Pixie found in the Hallow Biome in the hard home. Next, the Beww wings require a single tattered bee wing and are dropped by Moss Hornets in the Underground Journey. While these tattered bee wings have a low drop rate, butterfly drops nearly 50% of the time whereas the pixie dust around 100%, which is quite impressive to say the least.

Having a height of 162 feet and an acceleration of 6.75, they are among the easiest wings to get in Terraria, although their stats aren’t that impressive. They could easily be purchased from the Jungle biome from the Witchdoctor NPC, but only at night. Talking about the Witchdoctor, you get to know them once you defeat the Queen Bee Boss. The boss could be called upon using the Abeemination summoning item in a Jungle biome. Or if the summoning is proving to be quite difficult, you could craft her as well, using a bottle of honey. Once you combat and kill her the Witchdoctor NPC will become available. Talking about its purchase, Leaf Wings could be bought for one platinum coin, from the Witchdoctor NPC, but only during the night.

The former could easily be crafted using 10 feathers, 20 souls of flight, and 25 souls of night. On the other hand, to craft the Angel Wings, you will need the same materials in the same quantity. Just replace the 25 souls of the night with 25 souls of light. After you defeat the Wall of Flesh, you could get the souls of flights. Furthermore it is also dropped off by Wyverns and Arch Wyverns. The Souls of Nights dropped by a monster that has been killed nearby 200 ebon stone or crimson stone blocks. Both of them share the same maximum height and acceleration of 104 feet and 6.25 respectively.

So with this, we conclude the guide on the best wings in Terraria. Different wings come with their shapes, design, and more importantly special abilities. Hence, every one of you might have a different favorite. Do let us know in the comments which one are you looking to equip. On that note, here are some iPhone Tips and Tricks, PC tips and tricks, and Android Tips and Trick that you should check out as well.