Terraria has a variety of weaponry in its collection of weapons. Each of them serves their own purpose in the game, you cannot deny the fact that some weapons are simply better and powerful than the others. One such weapon is the Clockwork Assault Rifle in the game. This gun is a powerhouse, with the capability of firing three-round bursts, making it an ideal choice for the top-order bosses in the game.

If you’ve been trying to get a hold of this weapon, chances are that you might have failed to do so. This is because getting to this weapon is no straightforward method like most other common weaponry. In this guide today, we’ll go through the exact process of getting this gun so if you still want to grab this powerhouse, read on. So without any further ado, let’s see how to get Clockwork Assault Rifle in Terraria.

How to Get Clockwork Assault Rifle in Terraria 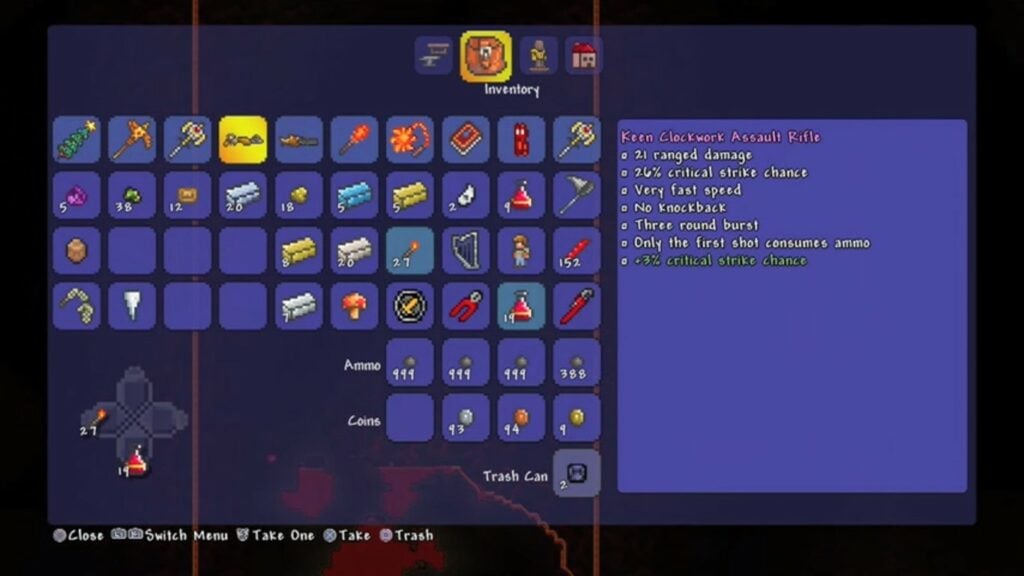 Summing up our guide, the only way to get the Clockwork Assault Rifle in Terraria is to farm the Wall of Flesh, one of the most powerful bosses you ever encounter in the game. Defeating the boss will by chance drop the Clockwork Assault Rifle. However, you can defeat the boss in Expert Mode to increase the chance of dropping the particular weapon. That said, we hope reading the guide above has brought some valuable information and help to you. Please let us know by commenting down below if you have any further queries regarding the same.