Huawei Nova 2i was launched in October 2017. The smartphone came out of the box with Android 7.0 Nougat. We have a good news now! The device has finally received the support to enjoy the Lineage OS 15.1 on Huawei Nova 2i. In this guide, we will help you to install the latest Lineage OS 15.1 for Huawei Nova 2i. The ROM is based on Android 8.1 Oreo. Thanks to XDA Senior member Askuccio_DROID for sharing this Custom ROM on XDA Forum. Full Credits to him and Lineage OS team.

Huawei Nova 2i  is a dual SIM smartphone launched in October 2017. The phone comes with a 5.50-inch touchscreen display with a resolution of 1080 pixels by 2160 pixels. It runs on 1.7GHz octa-core HiSilicon Kirin 659 processor and 4 GB of RAM. It comes with Android 7.0 Nougat out-of-the-box. Huawei Nova 2i packs a 64 GB of expandable internal storage. The device brings a 16-megapixel primary camera for the rear and 13-megapixel front face camera. 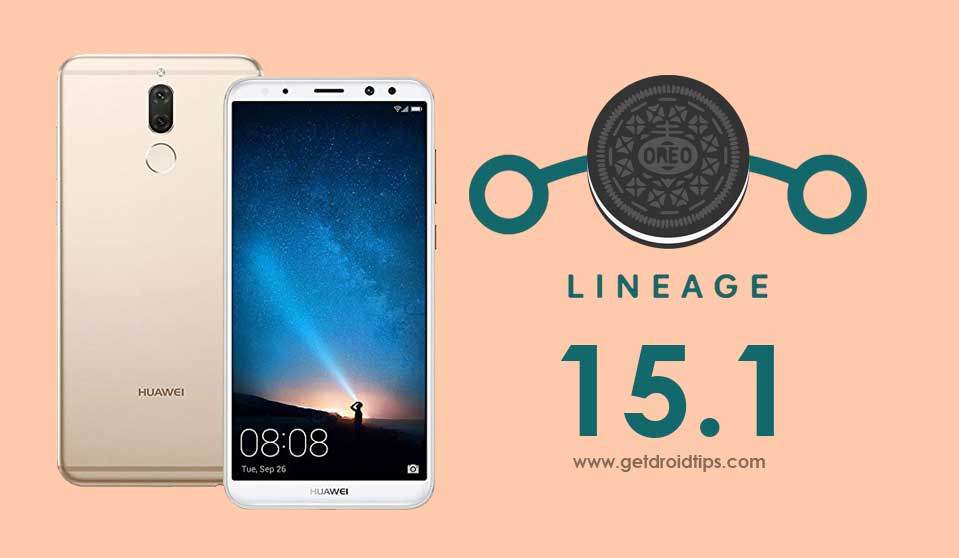 If you would like to try Lineage OS 15.1 for Huawei Nova 2i device, then you need to unlock Bootloader and should have the latest TWRP Recovery on your device. You should have latest TWRP Recovery running to flash the Oreo-based Custom ROM. We have already shared both unlocking and TWRP installation guide for Huawei Nova 2i. So before we dive into the installation process, let’s know about the Lineage OS 15.1 and its feature.

How to Install Lineage OS 15.1 for Huawei Nova 2i:

If you are installing custom ROM for the first time, then you must first read the difference between Custom ROM and Stock ROM. We understand you would want to make sure your installation process go as smooth as possible. So before we actually jump to the installation process of Lineage OS 15.1 ROM on Huawei Nova 2i, let’s take a look below at how to backup all your data. When installing this 8.1.0 Oreo-based custom ROM, you’re wiping all your data and system — like a brand new phone.

As a Huawei Nova 2i user, you have many options to choose from depending on how you want to store your data. These are the some of the tips given below that we want you to keep in mind and then proceed As we said, this ROM is based on Android 8.1 Oreo. Here is the quick recap of what’s on Android 8.1 Oreo.

Step to Install on Huawei Nova 2i:

That’s it! I hope you have installed the Lineage OS 15.1 for Huawei Nova 2i successfully. Leave a comment or feedback down below. Thank you!.